Growing desertification and its evils.

What is desertification, which are its main impacts and at what rate do we risk facing these increasing pressures?
Desertification is increasingly becoming an issue which attracts the attention of the international community as it realises the interconnectedness of the environmental objectives and development ones mainly for economically poor communities. Desertification is the gradual degradation of land based ecosystems. From the point of view of agriculture the land simply stops from producing the livelihood necessary to sustain the local community.
The Millennium Ecosystem Assessment views ecosystems as environments supporting ecology, providing natural resources, regulating the micro environment and facilitating cultural traits of local communities. All of these in turn produce all the constituents of what forms wellbeing in a community, namely security, satisfying basic needs, health and good social relations, leading to an environment of free choice and action.

Problems arise when desertification progresses due to manmade actions over the ecosystem on which life is sustained. Main causes of desertification have been found as caused by man made activities such as:
Nevertheless, the urban sprawl which affect most cities around the world are also causing increased pressures on the surrounding ecosystems which are expected to cope with the dense population of urban areas. Furthermore, large-scale developments which are sought to harness the resources of the natural environment have been found to cause considerable side effects. In one extreme case, what was once a land locked (Aral)Sea in Central Asia ranging 68 thousand square kilometre of sea was reduced to 17 thousand square kilometre in 40 years. The exposed land which was once the seabed turned into a salt crust which damage extends beyond the old-sea area as winds carry the salt to nearby agricultural fields leading to the collapse of the regions ecosystem and the local fishing and agricultural communities. 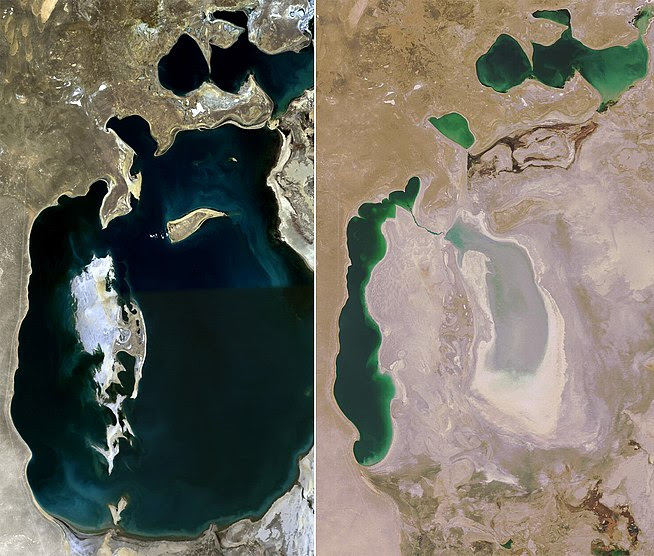 Nowadays, desertification is referred to as the ‘Silent Killer’ of arid rural communities. With cross border phenomena on the increase and climate change increasing the pressures on water security the main regions suffering from or at risk of desertification are the Sahel belt, the Horn of Africa and South East Asia.
Undoubtedly the main impact of the collapse of a self-sustaining ecosystem from desertification is the growing number of human migrants due to economic and environmental reasons. In fact a term which is growing in prominence in humanitarian academics and activists is the notion of an environmental migrant. With forecasts set at 2 billion people potentially victims of desertification and 50 million at risk of severe displacement over the next 10 years, one realises the interconnectedness of development to the natural environment.
Desertification is only one example where a healthy yet possibly weak ecosystem is brought to its knees by the pressures of population growth and the desire for solely economic pursuits. An integrated fashion to development which takes into consideration the limits of the surrounding natural environment is the only manner in which desertification prone regions must look at their development. Otherwise failure not only in development but failure in conserving the natural environment will inevitably take place and life in region would halt from being.

This blog is the result of a workshop held in Bahrija Oasis between the volunteers of the Youth in Action Project 'Go with the Flow'.
Posted by Tzadik at 5:25 AM No comments:

Found this interesting clip on Treehugger showing a family not only managing to grow organic food smack in the middle of urbanised California but are on the road to being fully self sustained.
Clip
Posted by Bahrija Oasis at 9:10 AM No comments: