Farming has played an important role in the evolution of mankind all over the planet for thousands of years. Although there has been an element of evolution in farming methods, crop choices, seed varieties, irrigation systems and land management, agriculture has only changed dramatically over the last four decades. This change can be mostly attributed to the events which were shaped by the ‘Green revolution’. In brief, ‘The Green Revolution’ was an accelerated growth of mainly initially developing countries grain production together with the introduction of a different agricultural input such as input of petro-chemical fertilizers, synthetic herbicides and pesticide applications, controlled irrigation and a severe change in landscape management. Once such a system was adapted it became reliant on all herewith mentioned factors and if one had to eliminate any single factor, such adopted crop success will surely fail.

Studies are increasingly showing that conventional agriculture needs severe changes. In order to sustain itself, other forms of fertilizers rather than synthetic ones need to be sourced and applied, while soil and water conservation methods need to be thought and incentivized in order to maximize their biological and social long term benefits. 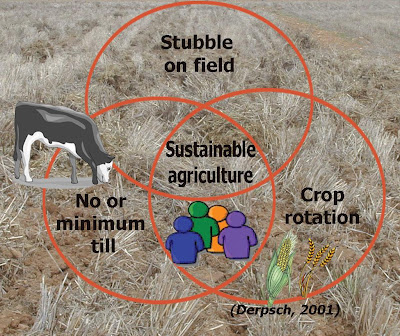 Since conventional agriculture practice is facing multiple challenges such as inadequate clean water supplies, changes in weather patterns, pest management, and an increase in the carbon footprint, further research and investment is needed in the forms of pilot projects pioneering alternative agricultural methods.

To produce fresh healthy products, without compromising the natural ecology and bio-diversity which are prime factors to sustainability.

It is important here to mention that sustainability means the ability to sustain, and thus an element of long term planning and resource buildup tied with ethical consumption is needed. This element will be entirely dependent on cyclical patterns of cycling nutrients and energy just like for example a natural forest sustains itself.

“Governments and international agencies urgently need to boost ecological farming techniques to increase food production and save the climate,” said UN Special Rapporteur on the Right to Food, Olivier De Schutter, in BRUSSELS (22 June 2010) – while presenting the findings at an international meeting on agroecology held in Brussels on the 21st and 22nd June. 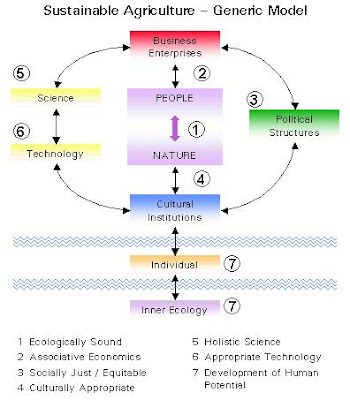 Therefore, in order for farming to be sustainable, it will need to assess its current impacts, and reverse these by alternative systems mentioned above. However; such a feat will involve a spectrum of stake holders including consumers who need to be aware of the products they demand, consume and recycle. Sustainable farming practices are an evolutionary process which will bring in massive ethical behavior changes to our civilization in the face of climate change.
(By Peppi)
Posted by Bahrija Oasis at 12:00 AM